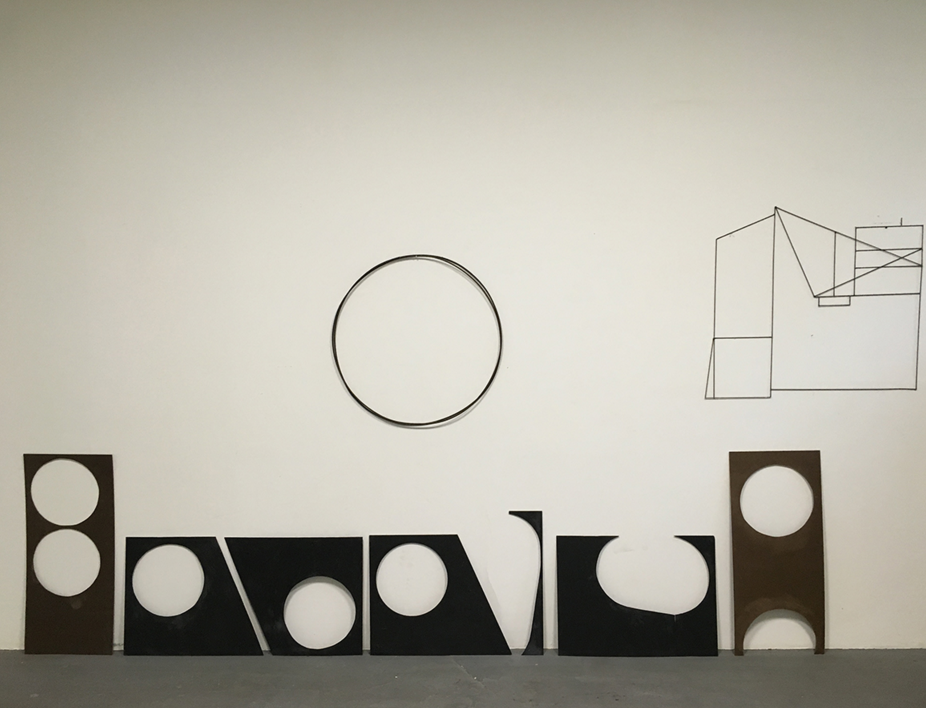 As a synthesis of sculpture and A form of an answer is a research project and an a work-in-progress addressing labor, knowledge and representation. Specific sources that are referenced in the project include an original exercise book of tailoring student Antoinette van Eyck, a young Dutch woman that attended one-year tailoring course in Maastricht in the year 1935 and the book “Gravity and Grace” by Simon Weil (especially the chapter “The Mysticism of Work”) as well as use of locally found scavenged wood, metal and clay materials that have been manipulated anew through analog means.

The drawings and the objects represent the invisible constructions that explain a system of measurements and lines that turn a flat material into three-dimensional object.  They become associative of industrial architecture or landscapes, similar to the industrial building in Renault, Alsthom, and Forges de Basse-Indres factories in Paris where Wail spent a year as a manual laborer between 1934 and 1935. The series of objects have a basic, almost anti-visual quality. They form an assembly of horizontal, vertical and circular shapes speculating on the spiritual nature of geometry.

Ultimately A form of an answer illustrates a subordinate/oblique relation between the execution of labor and the accumulation of capital, the worker and the construction of words.

About the Artists
Hristina Ivanoska and Yane Calovski collaborations, which date since 2000, animate multilayered conceptual possibilities inspired by accumulated knowledge, intuitive references, historical and present day political concepts. Their ideas derive from their interest in architecture, literature, theory, art history, as well as socio-political identification in current post-transitional society. The works presented in this portfolio are made between 2014 and 2016 and carry the notion of faith and the political in a realm of the multidisciplinary and the site-specific. Their projects have been presented at a various international contexts and institutions including 56. Venice Biennial – Pavilion of the Republic of Macedonia (2015), Art Rooms, Kyrenia, Cyprus (2015), Malmö Konstmuseum (2015), Staatliche Kunsthalle Baden-Baden (2014), HDLU Croatian Association of Artists, Zagreb (2009), ŻAK | BRANICKA Gallery, Berlin (2016, 2008), Kronika Gallery, Bytom, Poland (2007), and other venues. Their individual and collaborative works are part of a number of public and private collections, including Deutsche Bank Collection, Art Telekom Collection, Van Abbe Museum, Museum of Contemporary Art Skopje, and others. They have been invited as artist-in-residence at The Corporation of Yaddo, Saratoga Springs, New York (2001) and Sculpture Space, Utica, New York (2016). 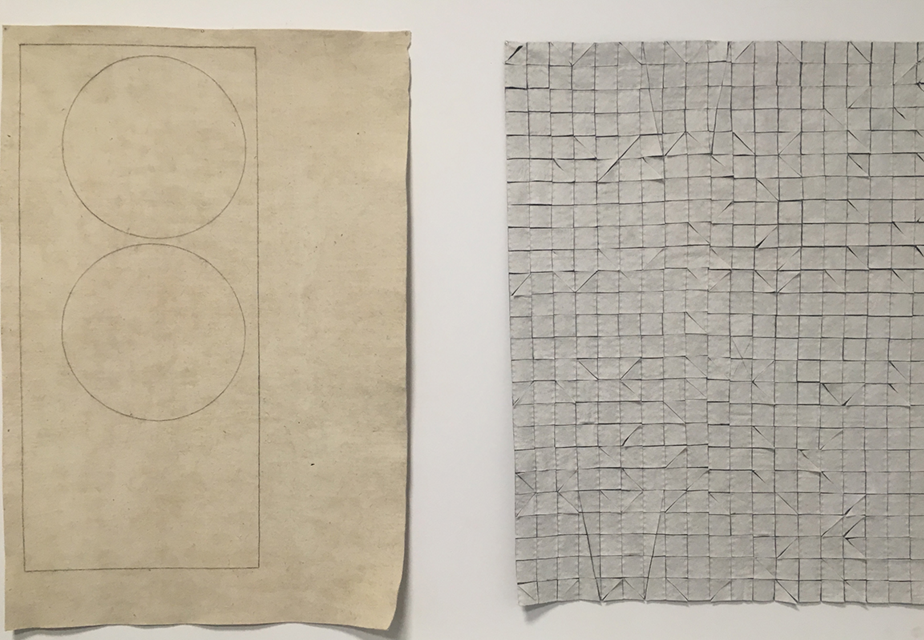 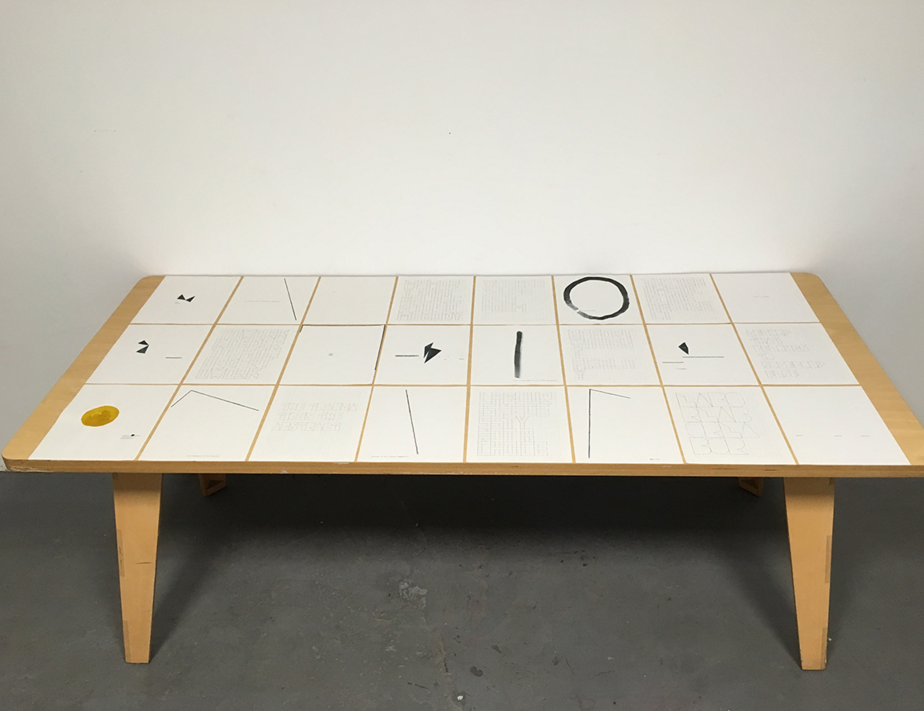 Yane Calovski (1973, Skopje) studied sculpture at the Pennsylvania Academy of the Fine Arts, (1992-1996) and earned a BA from Bennington College (1997). He participated in the post-graduate studio programs at both the CCA Kitakyushu (1999- 2000), and the Jan van Eyck Academy (2002-2004), and holds Masters degree in media and culture production from Linkoping University in Sweden (2010). Calovski’s practice is concerned with tradition of research and translation, relating empirical ideas to art historical reference analysis leading in work situated in the sitespecificity of a new cultural and political geography. He often deals with places of history, and collects local vernacular culture, such as objects; stories and songs, for re-creation, showing that contemporary conceptual art could create new and innovative scenarios and surfaces for indigenous knowledge to interact with history and society. Calovski has exhibited, screened and published his context-oriented and drawing-based work internationally including: Bunkier Sztuki Gallery of Modern Art in Krakow, Bauhaus Foundation Dessau, Kunsthalle Baden-Baden, Kunsthalle Bregenz, Salzburger Kunstverein, Akbank Art Center, Tate Britain, European Kunsthalle, The Nederland Media Art Institute, Kronika – Bytom, Konshallen Brandts, Baltic Art Center, Contemporary Art Center Vilnius, AR/GE Kunst, The Drawing Center, Museum of Contemporary Art – Skopje and others venues. He has also shown at the Helsinki Photography Biennial 2014, 2nd Project Biennial D-0 ARK Underground 2012, SpaPort International 2010, Manifesta 7 (2008), PR 04, Manifesta 3 (2000). He has also been presented at the FRIEZE London, Art Basel, Vienna Art Fair, Istanbul Contemporary and ARCO Madrid. For his practice, he has been awarded ORTung 2012 Fellowship, Allianz Kulturstiftung 2004 Fellowship, the Pew Fellowship in the Arts 2001, among other recognitions.

They are represented by ŻAK | BRANICKA in Berlin.